First, the good news: our 2 brand new hives are doing what they should be doing at this stage, drawing out comb, collecting nectar, bringing in pollen, and the Queens are starting to lay eggs. 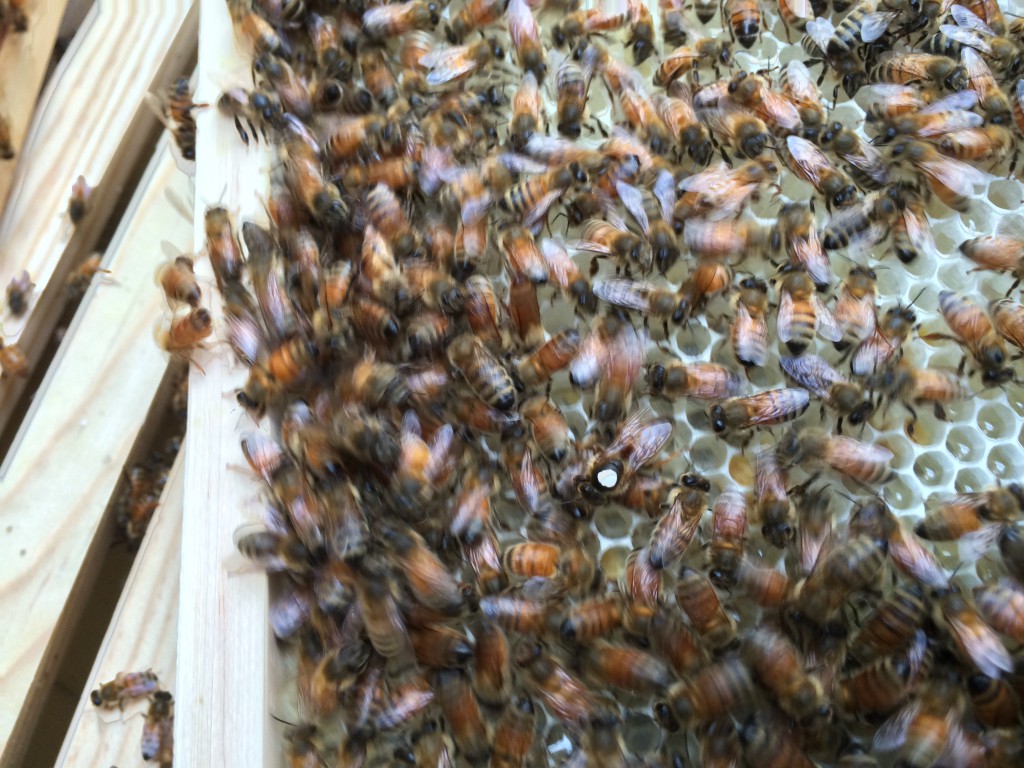 Now the bad news: Hive 1 (Queen Charlotte), our established hive that came through winter like a champ…well, a week ago this hive swarmed 🙁

Our web cam captured the moment of mass exodus, which is actually pretty amazing. It’s like rats from a sinking ship…

Which essentially means that at least half the bees, including the Queen, left the hive in search of a new home. It’s the honey bee’s way of reproducing at the colony level.   So in a way, it means the colony has been successful; it has grown in population size and stored honey to the point where it can split into 2 new colonies, one of which (the swarm) leaves to find a new home, and the second, containing the remaining bees in the hive which will raise a new Queen and continue in the original location.

Why do bee colonies swarm?

About a week before the swarm, the workers start to build special “queen cells”, in which the Queen lays an egg that will develop into a new Queen.